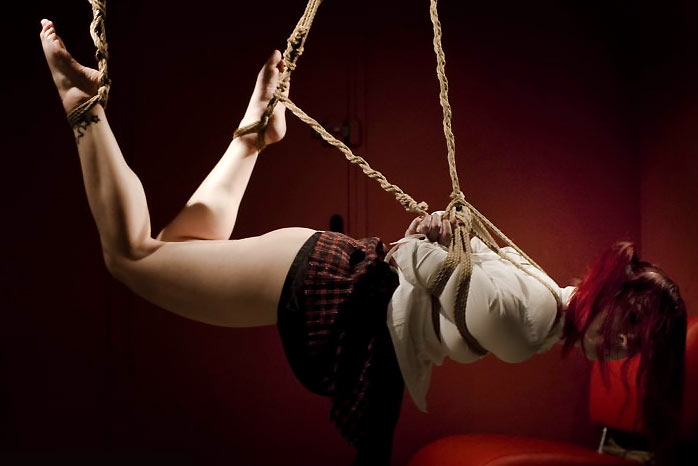 Many people confuse suspension and masochism, called people interested bodimod masochists, releasing severity in this regard. Let's see whether this is so and whether there is truth in these words.

To begin with let's deal with the term itself. As is known, the term "masochism" comes from the name of  Leopold von Sacher-Masoch. Leo was born in 1836 in Lvov, from childhood showed inclination to violent scenes - execution, the martyrs, violence. When he was 19 years old he began to publish books and published them until his death in 1985. Contrary to public opinion, Leopold wrote a lot of books, including historical themes, but it brought worldwide fame such novels as "Venus in Furs" and "Divorced woman" - partly avtobiographic, partly pornographic, filled with scenes of violence and humiliation of the weak men from strong domineering woman. 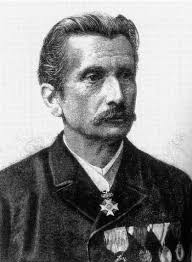 In the heyday of psychoanalysis sexual deviation (perversion) associated with this kind of fantasies,  called "masochism."

Masochism is very versatile concept. Main common and its value - sexual deviation in which a person gets sexual pleasure only in the case of physical and psychological violence, where the pain - and the source, and a prerequisite for enjoyment.

However, Freud singled out even such a thing as "moral masochism". In this form of masochism loses all connection with a sexual object and manifests itself in the unconscious desire for punishment in the form of life provoked problems, bad relationships, injury, financial turmoil. In this view of the problem, we understand that masochists around us - I think, in your surroundings there are several "systematic" complainers, disgruntled fate, victims of circumstance.

Let us learn more "benefits", the motives and background. In both cases (sexual and moral) masochism has similar features, such as:

1. In both cases, the suffering, whether physical or moral, is not a goal, and serves as a "payment" for getting rid of anxiety or guilt.

2. Anxiety is replaced by "gaming" the anticipation of the event, which is dangerous if it happens unexpectedly. Masochist always have controls of duration and the extent of what is happening, to eliminate the possibility of psychological torment that happened suddenly, out of control. Sadist just the opposite, forcing partner to suffer to eliminate the possibility of being subjected to torture himself. It is worth noting that both of these often appear in the same state and the same person, with a great predominance of one of them.

3. Focusing on their own passivity and helplessness also serves as a kind of psychological protection, a call to charitable and protection. This kind of masochism is common among dependent, weak people.

Commit to this method of getting rid of anxiety and feelings Came occurs at an early age. Freud believed that the beatings may cause children sexual experiences (at encouraging slaps sensitive skin of the buttocks), but when the condition: the pain should not be too intense and pose a serious threat. Thus pleasure comes by eliminating the fear of punishment (because it has already happened), guilt is eliminated due to the passage through punishment, but peace is associated with a sense of forgiveness, thanks to the passage through punishment, atonement.

In his writings, Freud thought a lot: what comes first? Sadism or masochism? In later writings, he decides that the masochism, but only based on the theory of "death instinct." The more interesting of his early inventions, in which he wrote that "I doubt whether common primary masochism. Most likely, he is transformed from sadism."

"With regard to the opposite of sadism and masochism, the process of their interaction is as follows: a) Sadism consists in the violence and power over another individual as an object; b) the object is abandoned and replaced with self of the subject, when applying for the purpose of self instinct becomes passive rather than active; c) again, there is a search of another individual as an object, which due to changes in purpose instinct is to take the original place of the subject. Point "B" is referred to as "masochism." Satisfaction in this case, too, comes thanks to the original sadism, the passive ego fantasy returns to the previous situation, but now the initiative is assigned to another entity outside the self. It is doubtful whether there is a more direct masochistic satisfaction. With primary masochism, sadism is not descended from the Review Scheme, do not have to face. " "In this regard, apparently, is confirmed by the view that masochism is not a primary instinct, and is derived from sadism, which refers to the self, that is. E. One should speak of a regression from the object to the ego. The existence of passive instincts objectives recognize the need ... but the passivity does not constitute masochism. Masochism is also characterized by pain and component ... confusing accompaniment satisfy instinct. The transformation of sadism into masochism is caused by a sense of guilt "

Thus Freud emphasizes the primacy and justifies of sadism and I am agree with this theory. However, modern researches shows that the most people with this perversion are sado-masochists, ie they changing role of associating themselves with the victim and the aggressor alternately at a time (this phenomenon is also found outside the sexual context, such as identification of the victim with the perpetrator, "Stockholm Syndrome").

Now let's talk about suspension in its modern sense, because the ancient ritual viewed from the perspective of anthropology and religion, which is another, even more complex issue. From the perspective of modern psychology, hanging on hooks has two constants - fear and pain, from which it follows a generalization - stress. I wrote about this in more detail and perhaps a deeper understanding of the topic you should read the previous studies.

Even if you are too lazy to read a wealth of information and without a thorough analysis it becomes apparent that the modern ritual of hanging does not carry any sexual connotation. During the ritual, the subjects of sexual arousal does not occur and discharge, there is no emphasis on the roles of "victim-aggressor" (though partly replaces the "client - bodysuspension master") and the overall context of a procedure similar to a tribal ritual acts than sexual games. 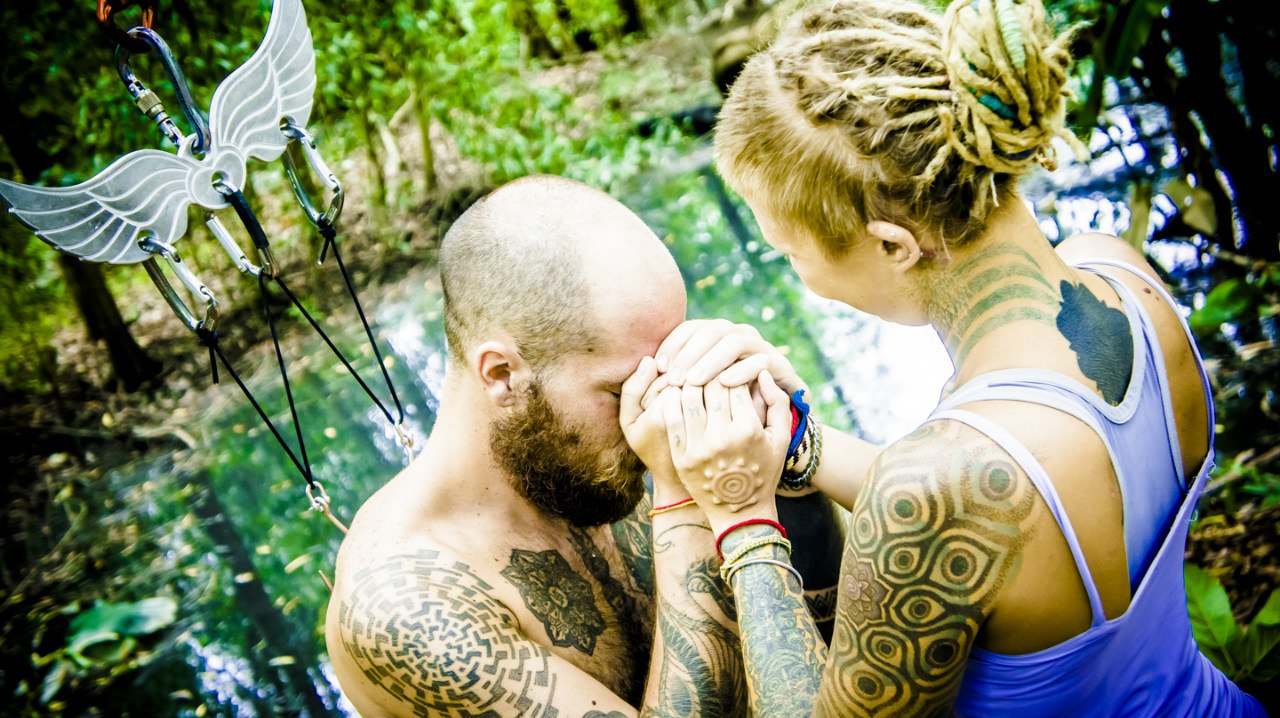 From this we can safely conclude that hanging on hooks in no way associated with sado-masochism in its traditional sense.

However, there remains a huge space for the research on the field of "moral masochism". As I wrote above, the hallmark of masochism is the removal of anxiety and guilt, "payment" of sins, the test through fear and pain, while the situation is under full control, not only the master of the suspension, but also the client. This is the "safest way" to go through the trials of life for a second without weakening control for a while, you can always say "stop." However, suspending entirely absent a significant component for the sexual masochist, as humiliation and submission to the will of another.

On this basis, we can say that a certain connection between suspending on hooks and "moral masochism" exists. Guilt (often unconscious), anxiety and need for punishment manifested socially acceptable (in a certain environment and society in general) method. The same logic can be traced in interview of some customers - a lot of them say about feeling of relief after and during the procedure, that all alarms go to the wayside, than they feel "new" or "other." Some customers fairly single "absolution", some returning again and again with the accumulation of stress. I do not claim that 100% of customers come for these reasons, perhaps, many driven by only the interest, risk tolerance and commitment to fashion or companies in which they communicate. However, I dare to suggest that these people do not become regular customers.

It is also difficult claim that bodimodifikated people do not occur sado-masochists in the traditional sense. This perversion manifests itself in people regardless of their interests, and depending on experience, childhood traumas and fixations, mental formation and methods of response, protection, so this perversion can occur in people of absolutely different social status, occupation and hobbies.

I tried as much as possible to experience the topic, to consider it from different angles, try on and write about it. If I did not cover some aspects or you still have questions - Wellcome in the comments.