Why people hanging on the hooks? 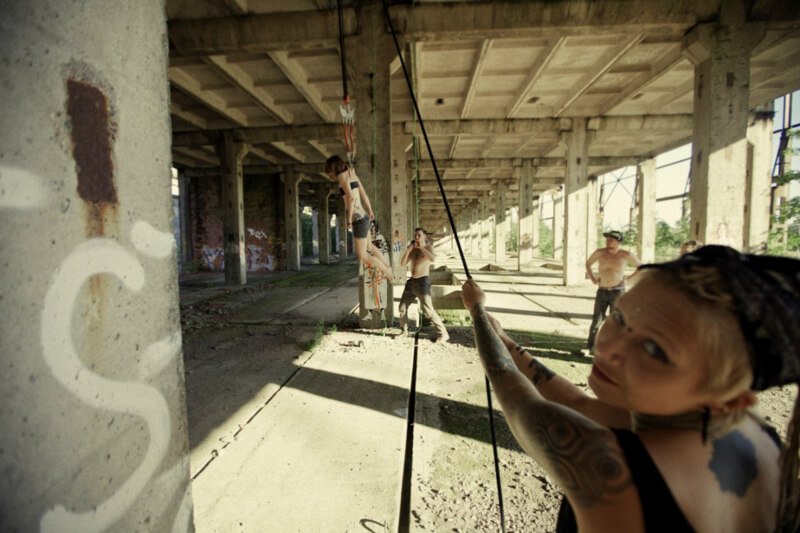 The question "why people hang on hooks" is really popular. What can I say, I asked myself too!

There are many variants of the answer.

History of the ritual

On the one hand, suspension on hooks is known in many cultures, ranging from Hindu worship to the god Murugan and ending with the traditions of some tribes of North American Indians. Regardless of the culture in which people subjected themselves to suspension on the skin, this is due to a certain test, rite, ritual initiation into adulthood, becoming a warrior or fulfilling a vow. 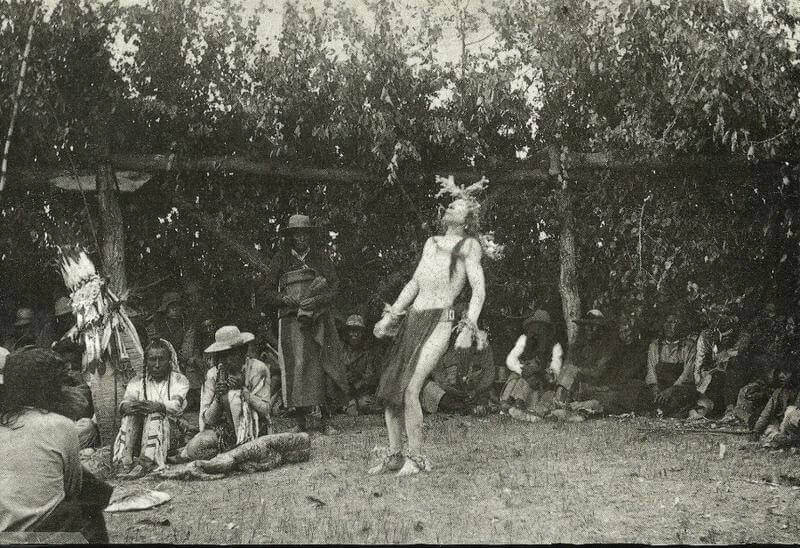 Modern tools and safety of the bodysuspension

On the other hand, the modern interpretation of the ancient ritual has undergone significant changes. Now, with a new knowledge in the field of medicine and psychology, we can talk about a completely different process, rather than experienced by our ancestors.

From the point of view of medicine, we have gone far from the North American Indians, who made 2 incisions with a sharpened bone and passed a pointed wand between them. In the world of modern technology and the development of the piercing industry and bodysuspension, piercing made with sterile disposable needles, lubricated with lubricant (mostly for this purpose artists use Vaseline), and a special sterile hooks. Hooks now have a different shapes and sizes and, unlike needles, they are used many times, cleaning with solutions and sterilizing in special devices (most often this is an autoclave where the instrument is disinfected by high temperature, pressure and steam) after each use. After the procedure the points from piercing are treated with an antiseptic and applied the bandage. Thus, hanging in our days is absolutely safe and painful feelings are minimized. 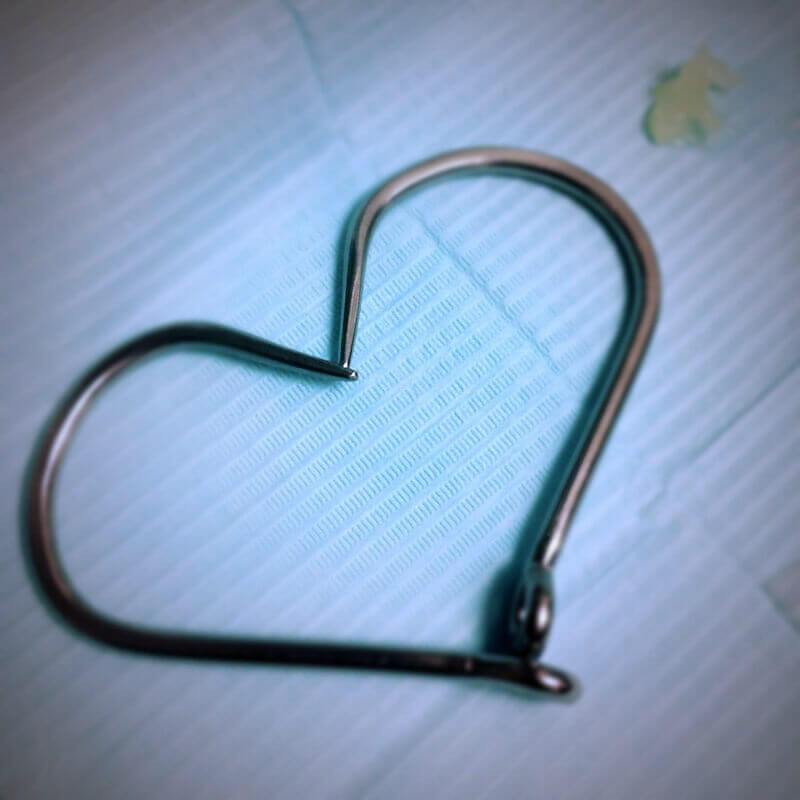 From the point of view of psychoanalysis, we can safely say that when our contemporaries going through the painful experience they get not only (and sometimes not) masochistic pleasure. Of course, some "moral masochism" has a place to be and  we have no rights to deny this component completely, but I can say that this is not the only one reason for the ritual in modern society . 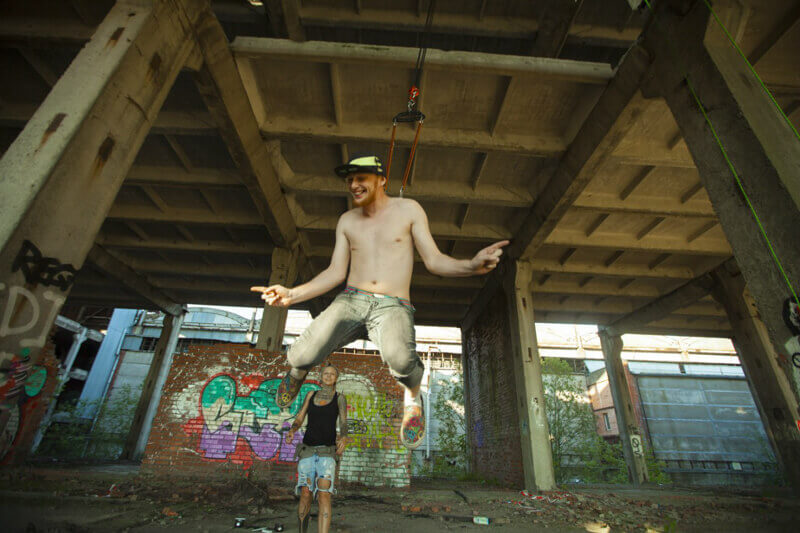 I want to note that, basically, the clients of the bodysuspension artists are young people who have recently reached adulthood. Psychologists attribute this trend to the fact that in modern society there is no explicit "ritual of transition" to adulthood, in addition to the issued passport and the opportunity to officially buy alcohol and tobacco. Young people, wishing to psychologically consolidate their status as an "adult", are looking for an opportunity to prove this to themselves and society. This is the reason for the influx of adolescents who have barely reached the age of eighteen in tattoo studios, parachute clubs and piercing/bodysuspension artists. Getting tattoo, pierced their skin or subjected their health to another controlled danger, the individuals declares to the public that from now they controlled their body and life, as well as the have rights to make such decisions in the future. This is a natural process of becoming a personality and it is described in many books on age psychology.

Nevertheless, not only teenagers are hang on hooks. A lot of people try the ritual in old age, doing it once or repeating repeatedly. In this case, the answer is in psychological relief, a sense of relief after the passage of the ritual, the release of hormones during the suspension, and also in training the body and consciousness under physiological and psychological stress. More information about this side of the suspension can be found here. 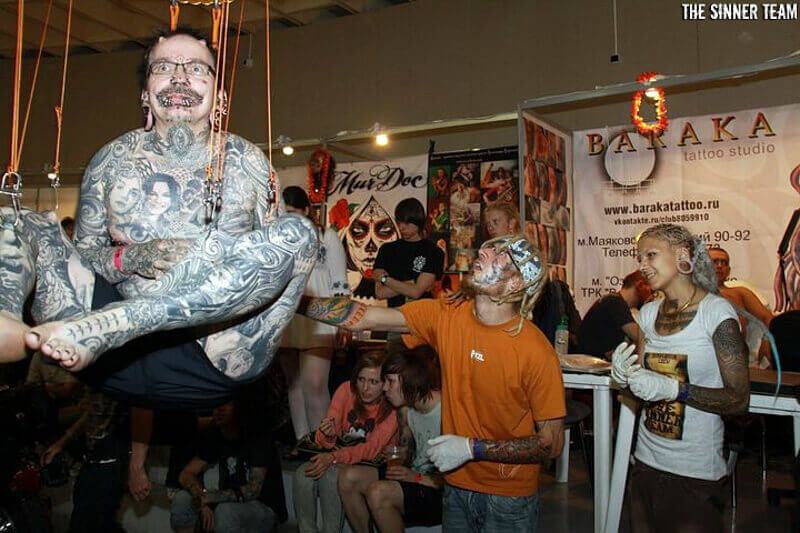 In addition to all the above, I would like to add that the people who tryed the suspension usually can not exactly formulate the answer to the question of why they do it. Despite this, I have a short questionnaire that all my customers answer after some time after the ritual. You can see the answers of clients here.

Modern culture of the bodysuspension

The modern suspension industry has evolved and gained popularity fast enough and at the moment we have a lot of conventions and festivals about bodysuspension (suscons), which attract customers and artists from all over the world. The most massive events are held in Norway, Germany, Italy and the United States annually. A variety of types of the hooks can be freely bought in the Internet, and enthusiasts constantly come up with new poses. Anyway the most popular poses are the back, knees, elbows, abdomen, chest, as well as horizontal suspension poses like coma (lying face up, 6 hooks and more) and superman (lying face down, 6 hooks and more). 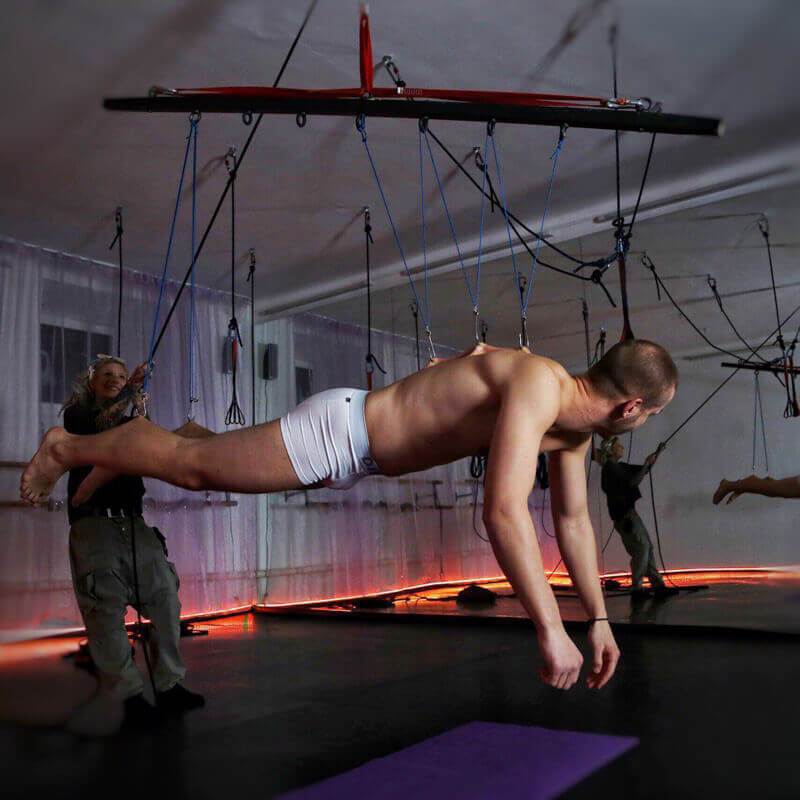 As in any developed subculture, hanging on hooks has its own records and extreme lines. It can be staged procedures with a big (up to 100) number of hooks and an intricate pattern of ropes, which requires a lot of patience from the master and client. And such a risky poses as hanging by the face (in the whole history of bodysuspension happened twice). 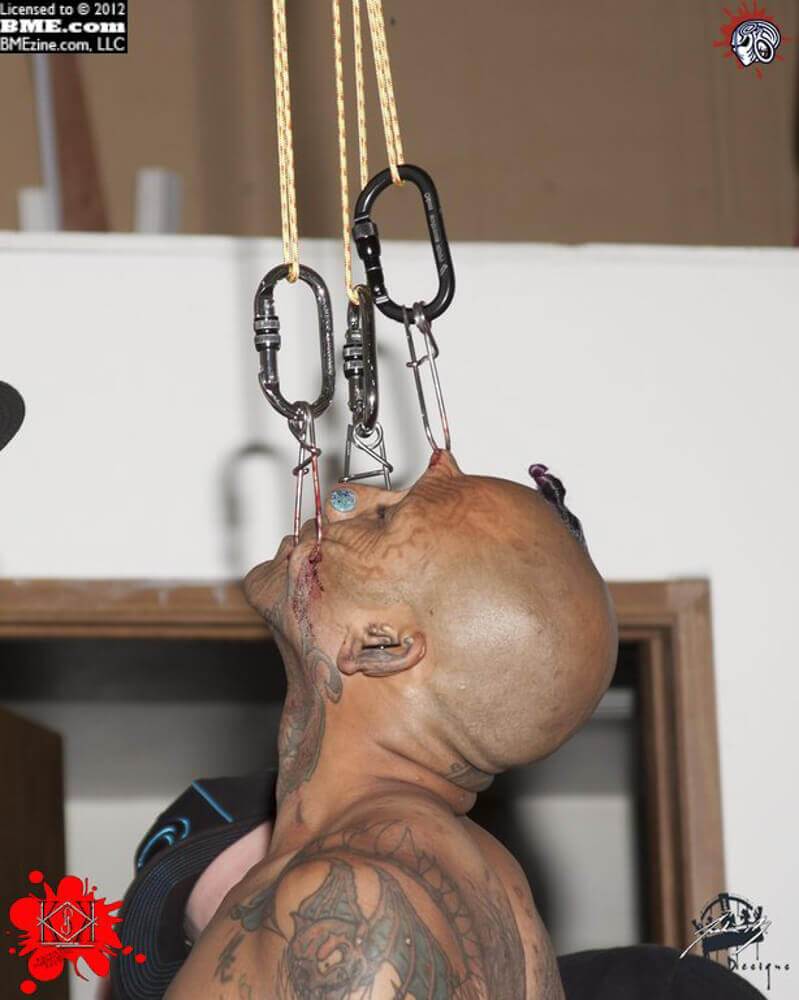 Pulling is a kind of bodysuspension, when the person does not rise above the ground, but pull any type of transport by the hooks - cars, trucks. Pulling is painless than usual suspension and the hooks are fixed in the same way, but the load goes along a different trajectory - horizontally. Pulling is often used as an element of the show on tattoo conventions. 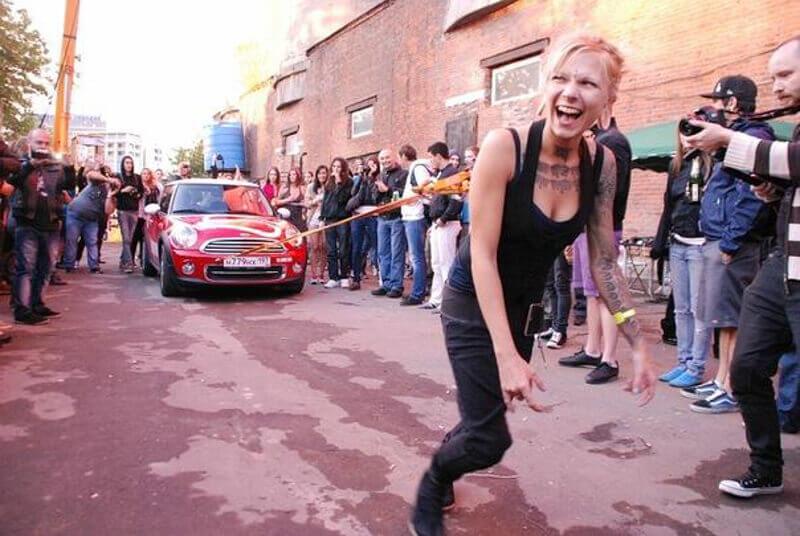 Quite an extreme direction of suspension appeared in Russia in 2010 - jumping on the hooks. The system works on the principle of combining classical rope jumping and bodysuspension. For jump use 2-6 hooks (depending on the object from which the jump made and the weight of the jumper), the person is attached to the "jump" rope, using a rigging plate and carabiners, which is attached to the "base" - system of the stretching ropes that compensate the strength of the jerk. I repeat that the first  jumps were carried out by enthusiasts from Russia, but now this kind of extreme has spread all over the world.

Personally, I am started hanging on hooks in 2009. First I came to the event just to look at the procedure live - and did not see the expected horrors. Hooks entered to the skin easily and painlessly, people were swinging and blood appeared only after removing hooks from the body. After a while, I decided to try it personally - and it was incredible. An explosive cocktail of fear, pain, victory over yourself, flight and delight. Since then, suspension has become an integral part of my life and I gladly share this with all the world 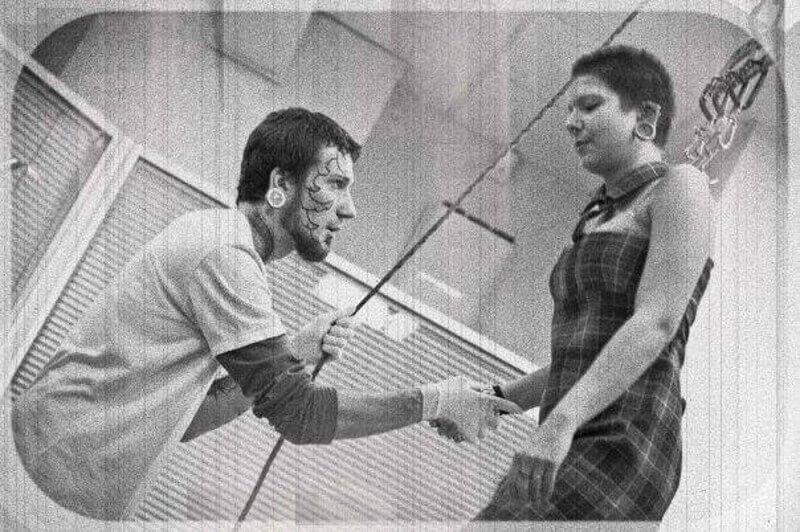 Behind my back at this moment more than 50 suspensions, several pullings, one jump on the hooks and about 400 successfully conducted procedures for the customers. I travel a lot with my equipment and had time to work in Thailand, Vietnam, Malaysia, India, Norway, Italy, Israel and on this adventure does not end! 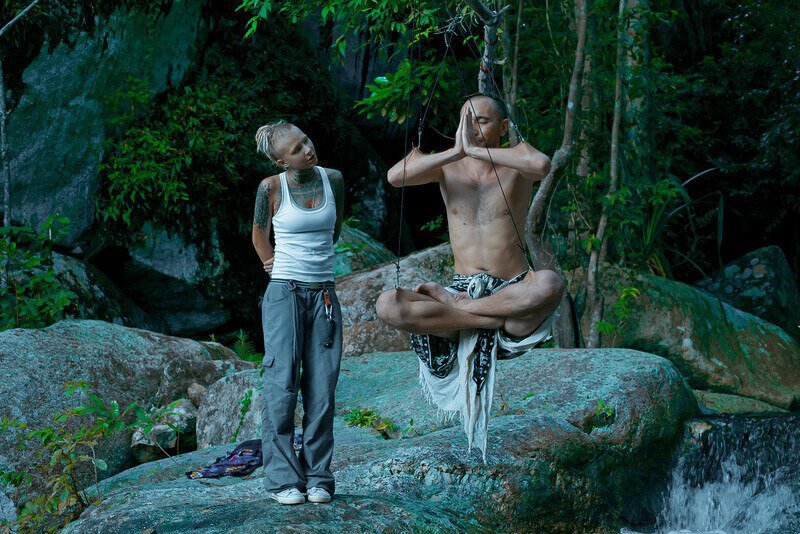 I tried to answer the question "why people hanging on hooks", but this is the case when you need to try once for understand.

BodySuspension in St. Petersburg and Moscow

Suspensions on hooks are carried out by prior arrangement, indoors or outdoors. It's very difficult to predict the total time of the process - someone suffices five minutes in the air, and some are ready to hang for hours, but I would say that the average time is 1-3 hours. For the first time, the "suicide" pose is usually chosen - 2-4 hooks in the back, due to minimal soreness and maximum comfort in an upright position. Also for the first time, the poses on the knees or elbows are possible. 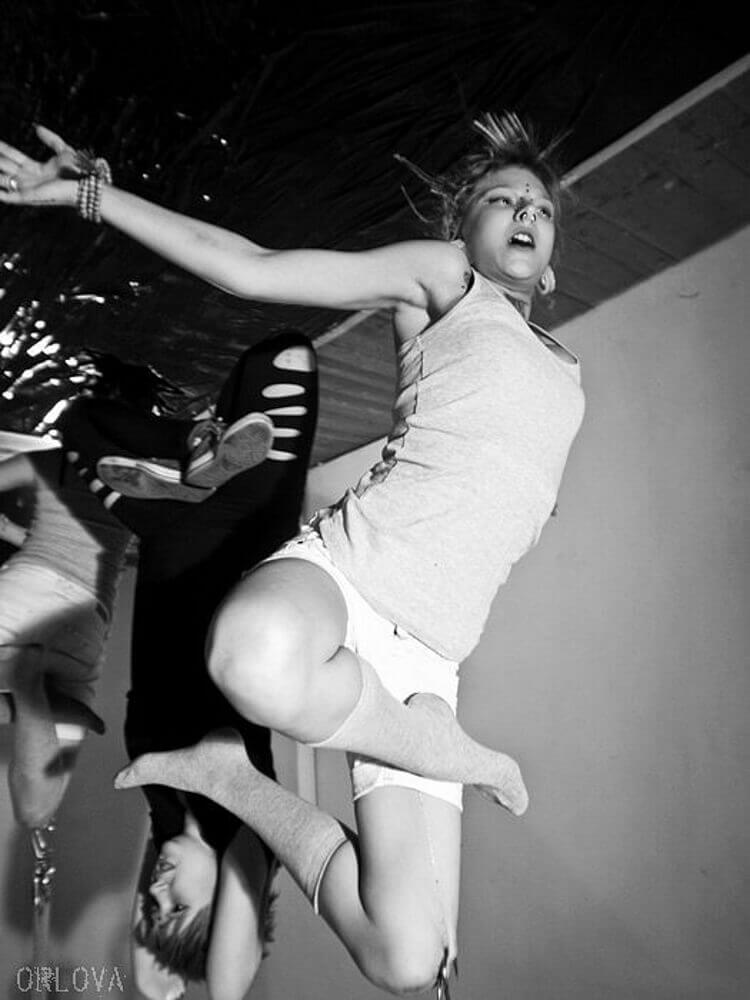 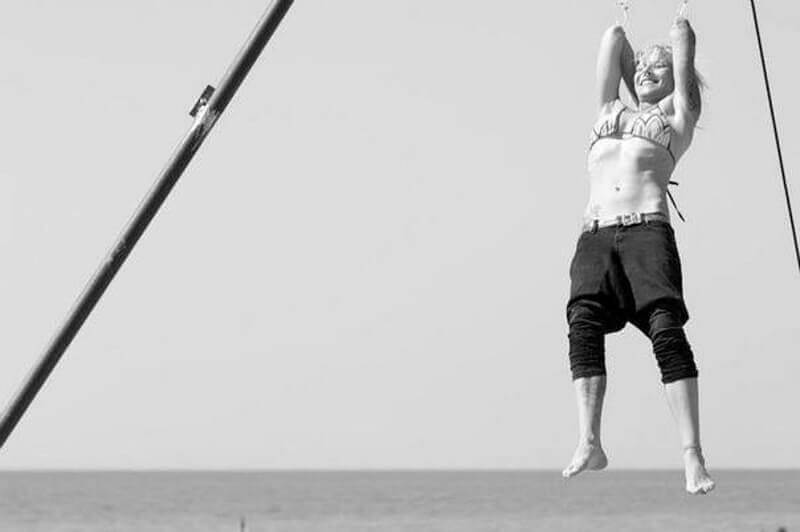 The procedure has almost no contraindications, but it is worthwhile to warn the master if you have problems with the heart, spine (hernia, trauma, surgery), poor blood coagulation, epilepsy, bronchial asthma. The day before the procedure is not recommended to drink alcohol.

How much the bodysuspension cost?

In Russia, the price varies from 7000 rubles Up to 10 000rubles depending on the city and the master, in Europe the average price tag will be about 300 euro.

I work mainly in St. Petersburg, but visit Moscow almost every month, so make the suspension there is also possible.

If you are interested in the ritual and are ready to decide - write to me on social nets (VK, Instagram, Facebook) and we will build the procedure according to your preferences, previous experience, expectations, location and time of year.